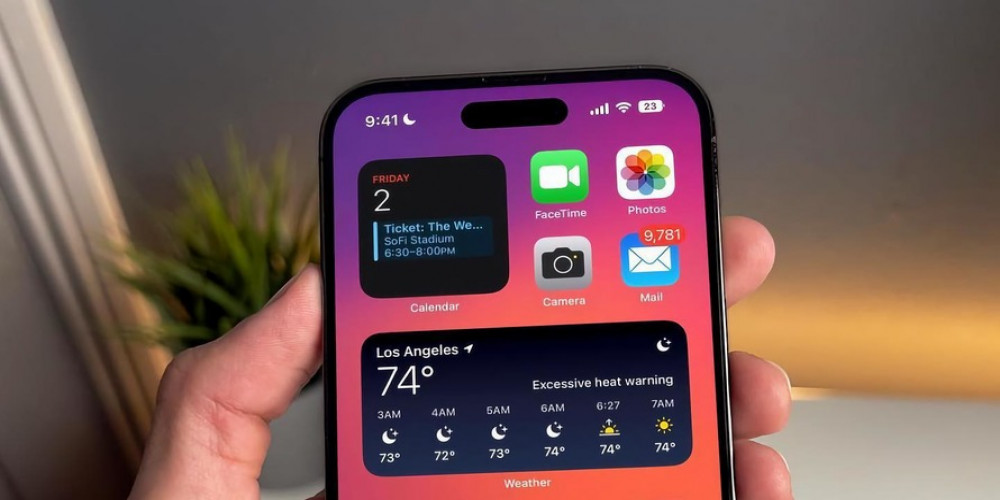 Apple today introduced the iPhone 14, its latest flagship smartphone. The new device features sharp aluminum edges, rounded corners, a glass back, and the familiar notch at the top of the screen. It also has a Lightning port, rather than the USB-C port found on some other smartphones.

On the back of the device, there is a new main camera with a larger sensor and a faster aperture (f/1.5). This camera also has sensor-shift optical image stabilization. Apple says that users can expect a 49% improvement in low-light performance with the new camera.

On the front, there is a new TrueDepth camera with a faster f/1.9 aperture. The selfie camera also has autofocus for the first time, which should help with keeping faces sharp.

Apple is touting the camera as a major selling point of the iPhone 14. The company says that the image processing algorithm has been improved, with deep fusion happening earlier in the pipeline. With video, there is a new advanced stabilization mode called "action mode." This mode uses the full sensor to stabilize the video without any extra hardware, such as a gimbal.